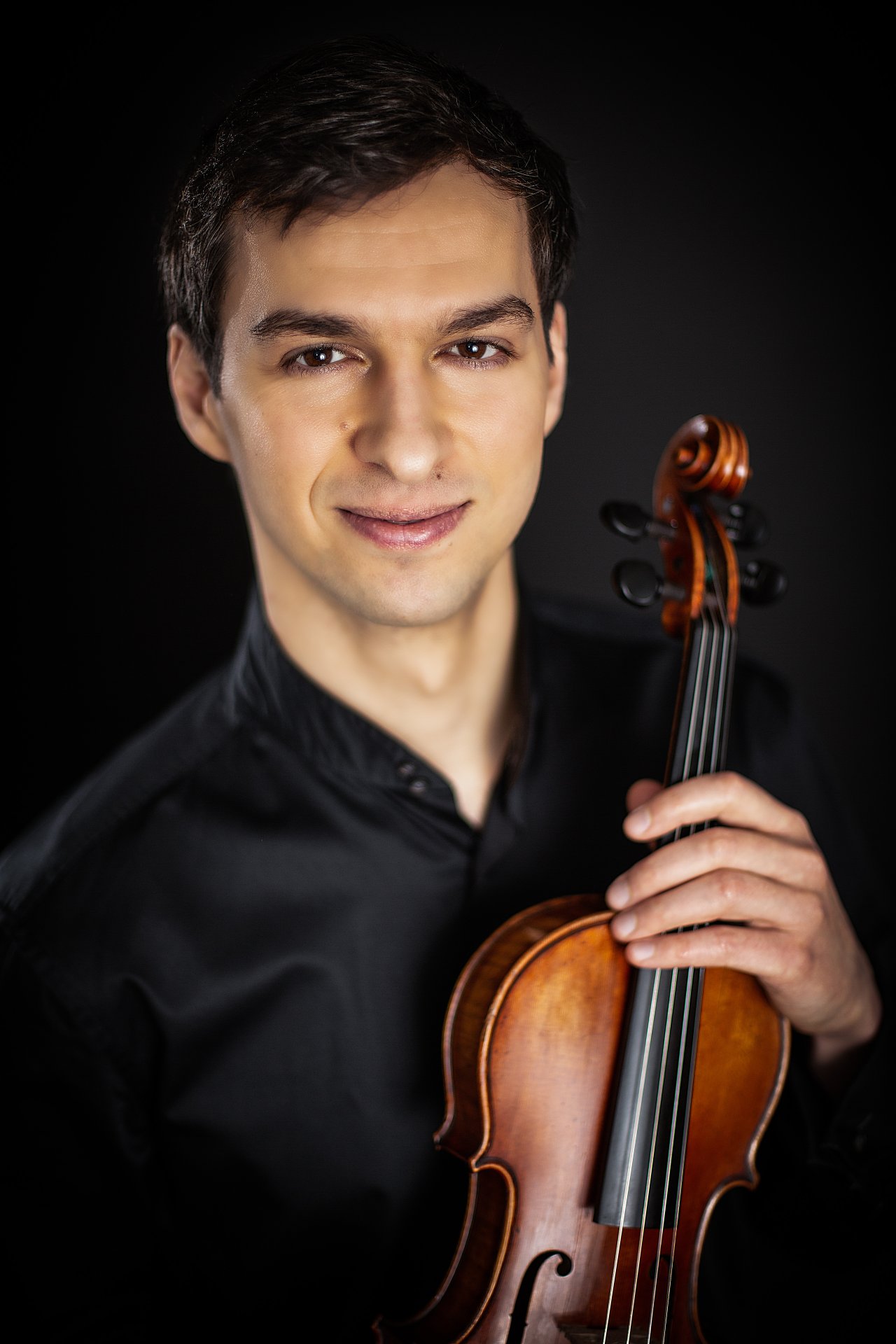 David Makhmudov is one of the brightest musicians of his generation. His performing style is distinguished by sincerity, deep expressiveness and impeccable musical taste. Whether it is baroque, romantic or modern music, David Makhmudov has the ability to transmit to the listener the character and idea of the piece.

The creative activity of David Makhmudov is rich and multifaceted. For many years he has been combining solo concert activity, work in the orchestra and pedagogy. Since 2017, David has been a soloist within the Flanders Symphony Orchestra, with which he plays over 60 concerts annually in Belgium and throughout Europe.
David Makhmudov is a passionate teacher. Since 2012, he has been teaching violin at the Tchaikovsky School of Music in Brussels. David Makhmudov continues the traditions of the famous Russian violin school, in particular Yuri Yankelevich and Irina Bochkova, whose experience he adopted as a student at the Moscow Conservatory. David Makhmudov sees the basis of his teaching method as an individual approach to the artistic and technical development of the student.
In 2019, he was invited to teach at the International Music Academy in Dinant and as a member of the jury for the Omartis International Arts Competition in Singapore.
Intensive concert activity has taken David Makhmudov to many countries of the world, including Russia, Belgium, Germany, France, Switzerland, Netherlands, Luxembourg, England, Scotland, Denmark, Sweden, Norway, Turkey and Singapore.
As a soloist, David Makhmudov has performed with symphony orchestras such as the Liège Royal Philharmonic Orchestra, the Symphony Orchestra of the Moscow Conservatory, the Voronezh State Symphony Orchestra, the Tambov Symphony Orchestra, and the Lipetsk City Symphony Orchestra.
The musician appeared on the stages of such prestigious halls as the Great and Small Halls of the Moscow Conservatory, the Flagey in Brussels, the Salle Pleyel in Paris, the Liège Philharmonic Hall, the Imperial Theater in Compiegne, and the Victoria Concert Hall in Singapore.

David Makhmudov was born in 1985 in Lipetsk. He graduated with honors from the Moscow State Tchaikovsky Conservatory and then did his master and postgraduate studies at the Royal Conservatories of Liège and Ghent (Belgium). At different times, his teachers were Irina Bochkova, Karen Aroutiounian, Alessandro Moccia, Vadim Zaichenko and Vadim Vandishev. David Makhmudov is the prizewinner of many national and international competitions, including the International Violin Competition "Virtuosos of the 21st Century" (Moscow, Russia), Dmitri Shos-takovich Moscow Chamber Music Competition, the International Henri Koch Violin Competition (Liège, Belgium) and Marie Cantagrill International Violin Competition (Saint-Lizier, France). He also won the Gold Medal at the Delphic Games of Russia (Ryazan, Russia).